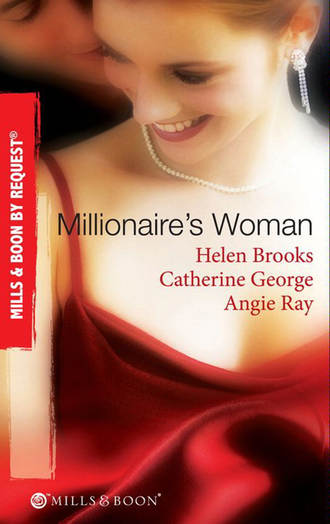 Millionaires: they have money, looks and success – but they want more!The Millionaire’s Prospective Wife Helen Brooks Wealthy, suave Nick Morgan had women falling at his feet. If he decided to marry, surely his chosen wife would be nothing like sweet, plain Cory? But it seems Nick has set his sights on her and is determined to win this virgin at any cost!The Millionaire’s Runaway Bride Catherine GeorgeWhen Kate becomes guardian to her niece she moves home. But there’s a complication – her ex-fianc? Jack Logan. The attraction between them is still electric! But if Jack learns Kate’s secret, will he be so keen to reclaim his runaway bride?The Millionaire’s Reward Angie Ray When he is blackmailed by his sister into dating a ‘nice’ girl, tough Chicago businessman Garek knows just the person to help him out: his housekeeper Ellie. Garek thinks she’s a gold-digger who’ll do anything for money. But he’s in for a very big surprise!