His Reluctant Bride: The Marchese's Love-Child / The Count's Blackmail Bargain / In the Millionaire's Possession. Sara Craven 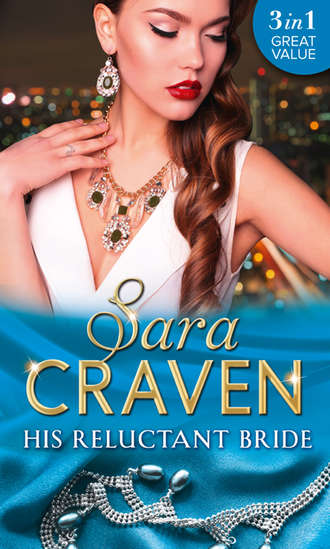 The Marchese’s Love-ChildWhen aristocratic Alessandro Valessi discovers the existence of his love child, he is determined to be part of Polly Fairfax's life! But Polly has been raising the child alone–and she doesn't want or need her son's father, especially after the arrogant Italian count hurt her so badly….But Alessandro leaves Polly no choice; he will fight her for custody of their child, unless Polly does as he commands…and agrees to marry him immediately!The Count’s Blackmail BargainFor handsome Italian count Alessio Ramontella, seducing women comes as naturally as breathing. Alessio lives his life based on two criteria: first that success and satisfaction are guaranteed, and second that all his dealings are discreet and conducted between mutually consenting parties.Then he meets innocent English beauty Laura Mason. She's sweet, tempting…and off-limits. Alessio must decide: should he ruthlessly pursue Laura until she gives in?In the Millionaire’s PossessionPretty, but penniless, Helen Frayne vows to do anything to keep her ancestral home, but she doesn't realize just how far she'll have to go….Arrogant Frenchman and millionaire property magnate Marc Delaroche wants Helen as he's never wanted a woman before. He's certain she will sell herself to keep her precious home, and he's soon proved right when she agrees to become his wife–of convenience.But it seems Marc has no intention of honoring his side of the bargain. He's demanding all of his marital rights!