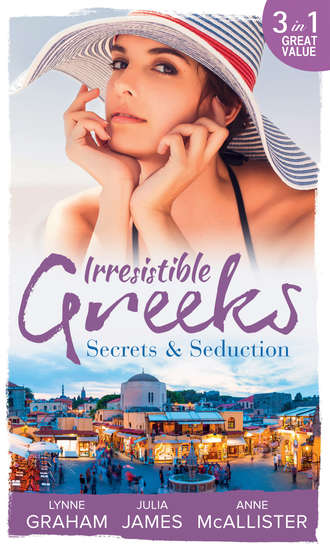 SULTRY SECRETS AND SIZZLING SEDUCTION Once Erin Turner and Cristophe Donakis set the bed sheets alight during a scorching affair, but he unceremoniously kicked her out of his life. Now, Erin’s world is rocked again when Cristophe plans to make Erin pay back what he believes she stole. But Erin’s about to drop two important bombshells!Athan Teodarkis suspects his sister’s husband of having an affair with the dangerously beautiful Marisa Milburne and will put a stop to it! His plan is simple: seduce, then discard. But shy Marisa is no home-wrecker and is powerless to resist his vengeful seduction…Matchmaker extraordinaire Jessica Carter arranges marriages that work. And that is exactly what Prince Stavros is looking for. But none of the beautiful socialites paraded before him excite Stavros as Jessica does. He wants her to share his bed for one month, then he will marry someone fit to be his queen!