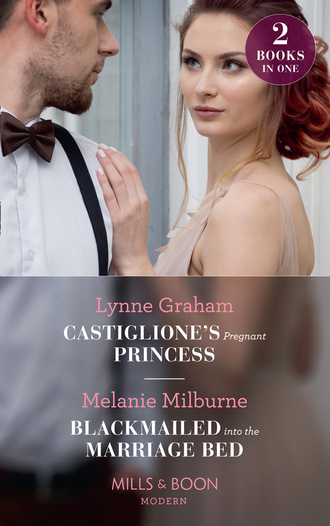 Castiglione’s Pregnant Princess by Lynne GrahamExpecting royal twins can only mean one thing…She must wear the Castiglione crown!Royal responsibility has been drummed into Prince Vitale since childhood – but his hunger for Jazmine crushes all sense of restraint. Her unexpected pregnancy revelation leaves Vitale no choice – he knows what he must do. A temporary marriage will legitimise their twins, but when the fire between them fails to burn out, he has to wonder… could Jazz be his permanent princess?Blackmailed into the Marriage Bed by Melanie MilburneVinn Gagliardi has everything he desires…except for his wife!Vinn wants his estranged wife Ailsa back on his arm. And given that she ran out of their marriage, he’s not above blackmailing her into agreeing to his plan – a temporary reunion that will end on his terms! But passionate Ailsa meets his fire with fire. Now the challenge is on for Vinn to entice her to succumb to his scorching seduction!