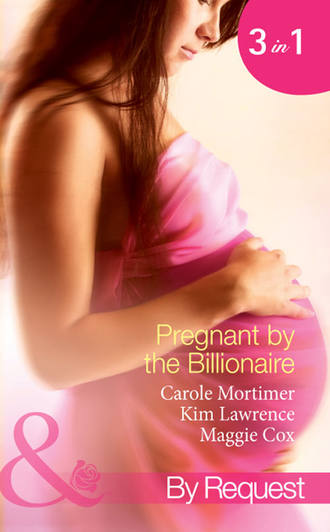 Pregnant with the Billionaire’s BabyJacob “Sin” Sinclair’s night with prim Luccy ended with an unexpected twist: she left him! Luccy’s shame at succumbing to one night of exquisite pleasure with the sinful billionaire is only heightened when she discovers she’s expecting his baby! Sin tracks her down. The Sinclair heir, inheritor to his billions, will not be illegitimate! Mistress: Pregnant by the Spanish Billionaire Arriving at Luiz Santoro’s magnificent Spanish mansion, library assistant Nell Frost intends to tell him what she thinks of him seducing her niece – and then leave. But Nell has underestimated the powerful Spaniard…who thinks Nell could have her uses – he has a vacancy for a temporary mistress!Pregnant with the De Rossi Heir The last time Gianluca De Rossi saw Kate Richardson she was naked in his arms. Now his vanishing one-night stand is his new temporary secretary. Not only that – she’s expecting! Gianluca is triumphant at becoming a father and will make his stand-in secretary his full-time wife!