Too Close To Call. Barbara Dunlop 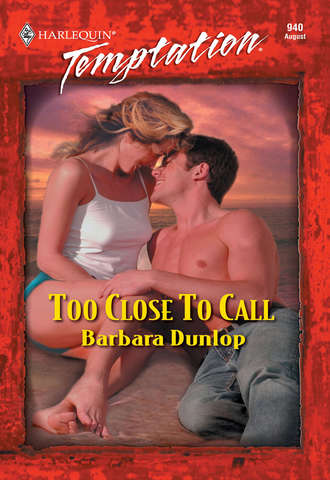 Jordan Adamson is in a jam. His idyllic life in Alaska has never been the same since a chance encounter with a twin brother he hadn't known he had. Jordan has to impersonate Jeffrey in front of his closest colleagues, and in L.A., no less! Good thing Jordan met Ashley Baines–she's offered to steer him clear…right to bed!Ashley's got the biggest promotion of her life standing right in front of her, yet all she can see is tall, hunky, laid-back Jeffrey? He's saying all the right things and making all the right moves, but she's never had the urge to touch him before. Can this be the same uptight guy she once knew, who's now back in town after the same hotshot job she's up for?With the lies closing in on Jordan, can Ashley get past the truth once she knows it? Only one thing's for sure, it's gonna be too close to call!