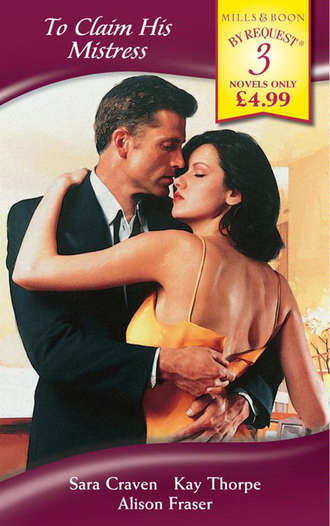 Back by popular demand! These great value titles feature stories from Mills & Boon fans' favourite authors. Mistress at a Price by Sara Craven Ruthless tycoon Liam Hargreaves is irresistible and after one explosive, passionate encounter Cat agrees to be his mistress. But Liam isn’t a man to accept half measures: he doesn’t want Cat just for one night, but all of her, forever!Mother and Mistress by Kay Thorpe The attraction between Lauren Turner and Brad Laxton is red-hot! From the moment Lauren arrives at his manor looking for her daughter, he makes his desire very clear! The wealthy widower is her child’s adoptive father and he won’t take no for an answer…His Mistress’s Secret by Alison Fraser Pop star Tiree Nemo was a mystery, and yet Ewan Sinclair wanted her! Ewan, solid and respectable, and Tiree, wild and rebellious, were complete opposites – and yet their fiery passion could not be ignored!