Their Child?: Lori's Little Secret / Which Child Is Mine? / Having The Best Man's Baby. Christine Rimmer и др. 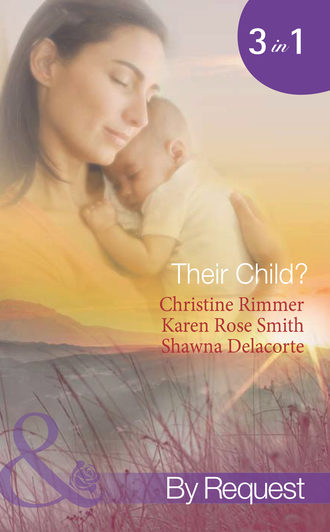 A decision had to be made – for the child’s sakeLori’s Little Secret Christine Rimmer Lori Lee Billingworth’s son was the result of a one-night stand. Little did lawyer Tucker Bravo know that he was the man involved. For Lori and her twin sister had traded places one night. Although Tucker knew he cared for Lori and her son, there was no reason to suspect that the boy was his…Which Child is Mine? Karen Rose Smith For three years, single mother Jillian Kendall had raised Abby. But their happiness was threatened by Chase Remmington’s claims that their babies had been switched at birth. Jillian would do anything to keep the child she loved, but she also wanted Marianne, the baby she’d given birth to…Having the Best Man’s Baby Shawna Delacorte Fifteen years had passed since Ry Collier broke her teenage heart. But quickly Ry realised why Jean looked familiar. And they shared a bed. And Jean Summerfield became pregnant. Now she had to tell Ry that one reckless, remarkable night of passion had made a baby.