The Spaniard's Summer Seduction: Under the Spaniard's Lock and Key / The Secret Spanish Love-Child / Surrender to Her Spanish Husband. Maggie Cox и др. 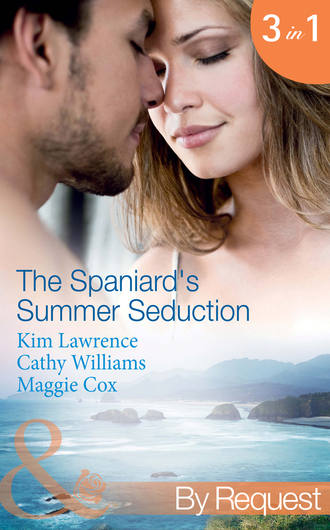 Under the Spaniard’s Lock and Key Nurse Maggie Ward is as pure as the snow-white uniform she wears. So when she falls for the darkly beautiful Rafael Castenadas she has no idea their unexpected meeting isn’t accidental… Not until it’s too late and she’s become tangled up in his carefully spun web…and she’s under his lock and key! The Secret Spanish Love-ChildPlain-Jane Alex McGuire was the ideal distraction for Gabriel Cruz in his heady playboy days… But, now that he’s running the Cruz family business, such flirtations are a thing of the past… So when Alex turns up as his employee, he’s shocked to find that their short affair left a lasting impression!Surrender to Her Spanish Husband The last person Jenny Renfrew expects to open the door to is her ex-husband! She’s fought hard for her independence since their split – being stranded with the starkly attractive Rodrigo Martinez went against her better judgement… But one night in her Latin lover’s arms gives them one last surprise!