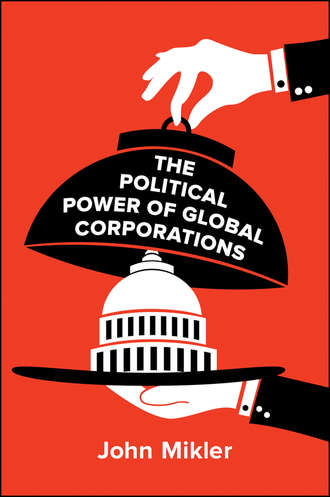 We have long been told that corporations rule the world, their interests seemingly taking precedence over states and their citizens. Yet, while states, civil society, and international organizations are well drawn in terms of their institutions, ideologies, and functions, the world's global corporations are often more simply sketched as mechanisms of profit maximization. In this book, John Mikler re-casts global corporations as political actors with complex identities and strategies. Debunking the idea of global corporations as exclusively profit-driven entities, he shows how they seek not only to drive or modify the agendas of states but to govern in their own right. He also explains why we need to re-territorialize global corporations as political actors that reflect and project the political power of the states and regions from which they hail. We know the global corporations' names, we know where they are headquartered, and we know where they invest and operate. Economic processes are increasingly produced by the control they possess, the relationships they have, the leverage they employ, the strategic decisions they make, and the discourses they create to enhance acceptance of their interests. This book represents a call to study how they do so, rather than making assumptions based on theoretical abstractions.