The Man in the Iron Mask. Александр Дюма 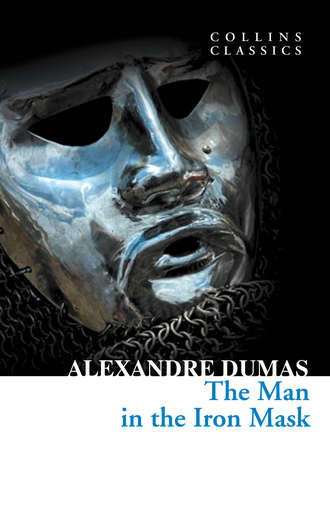 HarperCollins is proud to present its new range of best-loved, essential classics.‘I've worn that mask so long I don't feel safe without it.‘The Man in the Iron Mask sees D’Artagnan, Athos, Porthos and Aramis return to meet their destinies in their final adventure. D’Artagnan still remains in the service of King Louis XIV while Aramis is a priest at the Bastille prison. Upon listening to a confession from an iron-masked prisoner who tells him that he is the twin brother of the King of France, Aramis is convinced that he will be rewarded if he can help him become king and he devises a plan for his escape, pitching himself against his old comrade D’Artagnan. Far darker than Dumas’ previous novels, The Man in the Iron Mask is a fast-paced and compelling historical romance of honour and loyalty.