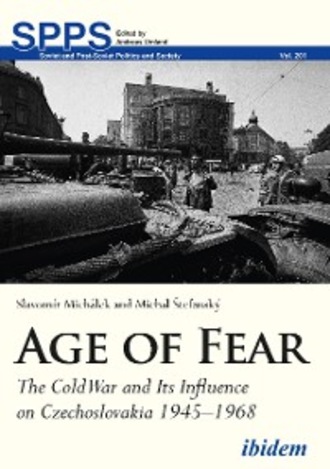 Czechoslovakia played an important role within the Soviet bloc, yet its history remains under-researched. This monograph blends historical analysis of the superpowers’ foreign policies with an assessment of their impact on Czechoslovakia and its position within the Soviet bloc. The book thereby places Czechoslovakia on the map of Cold War history, i.e. the era of “mutually assured destruction” that lasted almost half a century. It provides a lucid introduction to some milestones in international Cold War history in their relation to Czecho-Slovak history. <br/> The book’s novel contribution is to explain Czechoslovakia’s domestic situation during the Cold War from the “outside”. Drawing on extensive source materials of Slovak, Czech, American, and Russian provenance, it provides a more comprehensive understanding of post-war Czecho-Slovak history while also contributing to general knowledge about the nature and impact of the Cold War.