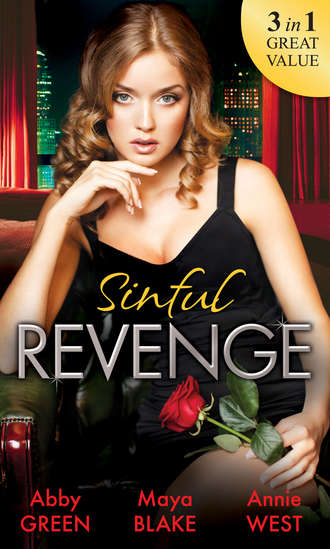 All’s fair in love and revenge!Kidnapped and stranded on a Greek island, with only his intriguing – and stunning – captor, Luc Sanchis must uncover Jesse Moriarty’s secrets if he’s going to get back to business. There’s only one way that’s sure to work: seduction!Reiko knows she has two things playboy Damion wants: the first a priceless painting and heirloom. The second her seriously off-limits body! Damion isn’t used to beautiful women scorning his advances, so he turns his lethal charm on to get exactly what he wants…One thing drives Declan Carstairs: finding the woman who caused his brother’s death and the accident that took his sight. Housekeeper Chloe Daniels refuses to pity her devastatingly gorgeous boss, but treating him as the strong, capable man he is soon proves dangerous.