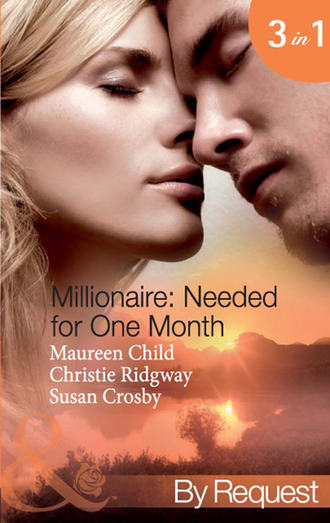 Thirty Day AffairWhen grumpy, rich and gorgeous Nathan Barrister arrives at the Lake Tahoe lodge, his one-month commitment feels like solitary confinement – until a snowstorm traps him with lovely Keira Sanders. Then an affair seems like just the thing to pass the time…if Keira agrees to his no-ties arrangement.His Forbidden Fianc?e In the years since his identical twin had stolen the family company, Luke had devoted himself to two things: success and revenge. Suddenly, his brother’s fianc?e, Lauren Conover, appeared and offered Luke the opportunity to achieve both. Lauren believed Luke was his twin. But in Luke’s plan for payback, he hadn’t counted on wanting to keep Lauren for himself… Bound by the BabyButtoned-up banker Devlin Campbell prided himself on his control. That one passionate night in Atlantic City had been an aberration, but one with lasting consequences: his mystery woman was pregnant. Now that he’d found her, Dev approached Nicole with a decent proposal. Would their ardent beginning allow these virtual strangers to forge a bond that was more than skin deep?