In the Boss's Arms: Having the Boss's Babies / Her Millionaire Boss / Her Surgeon Boss. Abigail Gordon и др. 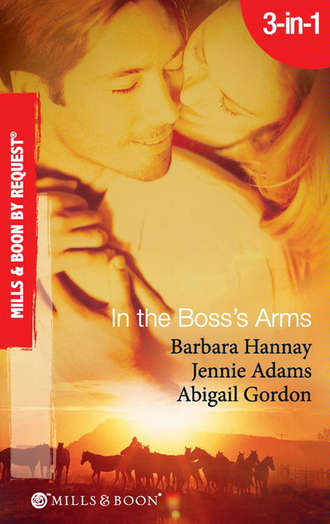 He’s the man in charge!Having the Boss’s Babies Barbara HannayAlice Madigan is nervous about meeting her new boss – but when he walks through the door, it’s worse than she ever could have imagined! Alice had shared one very special night with him – but now it’s strictly business! Yet Alice is going to be having the boss’s babies…Her Millionaire Boss Jennie Adams Chrissy Gable is determined not to be charmed by her handsome new boss Nate Barrett – he has a playboy reputation! Nate seems irresistible to women – and it’s not just his bank balance that’s so attractive! Soon Chrissy finds herself tempted to stay after hours…Her Surgeon Boss Abigail GordonThe excitement of a new job in London is overshadowed for Dr Seraphina Brown by a confrontation with a stranger who turns out to be Liam Latimer, her landlord and her future boss. Despite their disagreements, Seraphina cannot deny her attraction to this commanding man; can she mend his broken heart?