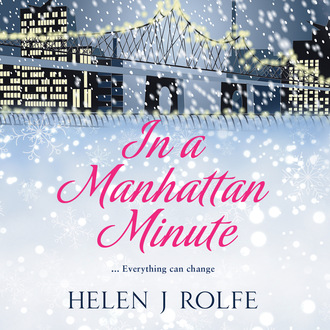 Jack exists in a world that has seen its fair share of tragedy, but also the success and the wealth that comes with it. One snowy night, he crosses paths with Evie, a homeless girl, and it changes everything. Three years on, Evie&apos;s life is very different. She&apos;s the assistant to a prestigious wedding gown designer, she&apos;s settled in Manhattan, has her own apartment and friendships she holds dear. But the past is lurking in the background, threatening to spoil everything, and it&apos;s catching up with her. Kent has kept a family secret for two decades, a secret he never wanted to share with his son, Jack. And even though she doesn&apos;t realize it yet, his life is inextricably tangled with Nicole&apos;s, the woman who was his housekeeper for thirteen years and the woman who helped Evie turn her life around. It&apos;s Christmas – a time for forgiveness, love, and happily-ever-afters. And when the snow starts to fall, the truth could finally bring everyone the gift of happiness they&apos;re looking for.