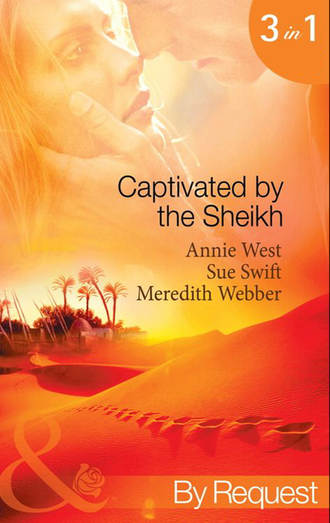 For the Sheikh’s PleasureRosalie Winters is a challenge: beautiful and aloof, she doesn’t engage in games of flirtation and seduction. But once Rosalie is at the command of Sheikh Arik, he knows she will open up to receive the loving that only he can give her!In the Sheikh’s ArmsSophisticated and dangerous Sheikh Rayhan ibn-Malik had sworn to revenge himself on Cami’s father by stealing her innocence…until she stole into his heart. Can his lust for revenge turn to love?Sheikh SurgeonIt was an intense, passionate, but all-too-brief affair that could never last. Now, fourteen years later, Nell needs to find Sheikh Khalil al Kalada to save her son’s life…and to tell Khalil he is a father.