A Lily Among the Thorns. Imagining a New Christian Sexuality. Miguel DeLaTorre A. 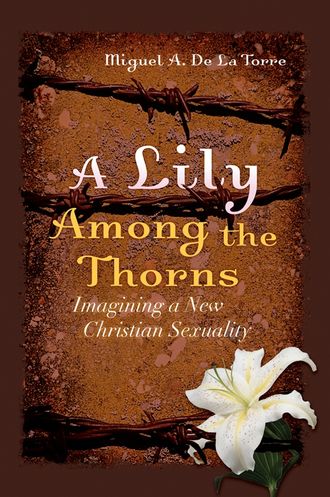 A new way for Christians to think about sexuality Author Miguel De La Torre, a well-respected ethicist and professor known for his innovative readings of Christian doctrine, rejects both the liberal and conservative prejudices about sex. He instead develops an ethic that is liberative yet grounded soundly in the Bible; a sexuality that celebrates God’s gift of great sex by fostering intimacy, vulnerability and openness between loving partners. In A Lily Among the Thorns, De La Torre examines the Bible, current events, history and our culture-at-large to show how and why racism, sexism, and classism have distorted Christianity’s central teachings about sexuality. The author shows how the church’s traditionally negative attitudes toward sex in general—and toward women, people of color, and gays in particular—have made it difficult, if not impossible, to create a biblically based and just sexual ethic. But when the Bible is read from the viewpoint of those who have been marginalized in our society, preconceived notions about Christianity and sex get turned on their heads. Taking on hot-button topics such as pornography, homosexuality, prostitution, and celibacy, the author examines how “reading from the margins” provides a liberating approach to dealing with issues of sexuality.