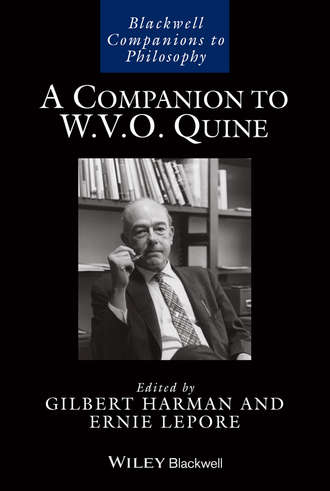 This Companion brings together a team of leading figures in contemporary philosophy to provide an in-depth exposition and analysis of Quine’s extensive influence across philosophy’s many subfields, highlighting the breadth of his work, and revealing his continued significance today. Provides an in-depth account and analysis of W.V.O. Quine’s contribution to American Philosophy, and his position as one of the late twentieth-century’s most influential analytic philosophers Brings together newly-commissioned essays by leading figures within contemporary philosophy Covers Quine’s work across philosophy of logic, philosophy of language, ontology and metaphysics, epistemology, and more Explores his work in relation to the origins of analytic philosophy in America, and to the history of philosophy more broadly Highlights the breadth of Quine’s work across the discipline, and demonstrates the continuing influence of his work within the philosophical community